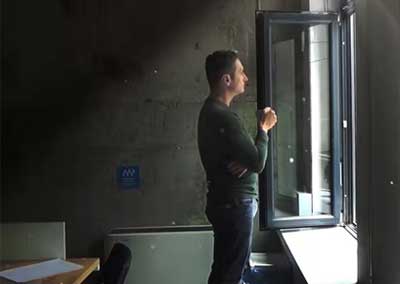 Short film as a demonstration of skills in motion graphics

One Working Day is a film created by me, as a demonstration of my skills in motion graphics.
The video is recorded with a basic Sony video camera and fully custom edited in Adobe After Effects and Adobe Premiere Pro.
Additionally, some of the effects have been created in Adobe Illustrator and Adobe Photoshop and applied in After Effects.

I assigned the main role in the film to myself! 😄 😎😄